When you’re visiting or living in the UK as an American, one of the first things you need to figure out is banking.

This is something I ran into when moving to London as an American, as I wasn’t sure if I should open up a new bank account or use my existing one.

So, here we go, let’s answer your question…

“Is there a Bank of America in the UK or England or London?”

There is no Bank of America in the UK that you can use as a consumer bank branch, which brings up a whole nother load of questions for you, probably.

I’ll get into the alternatives to Bank of America in the UK, both for expats and visitors, in a minute.

Before I jump too far into banking, though, I want to share some other resources with you that will help you plan your trip.

Firstly, no matter your reason for being here, you need the best book on living in the UK for Americans ever written – the book is called “Girl Gone London: An American’s Guide to Surviving Life in the UK” and you should click here and check it out.

I also may have written it, so I’m biased.

But truly, if you’re coming to the UK as an expat, a study abroad student, or even a visitor, my guide to life in the UK contains both personal anecdotes and maybe too-honest experiences, as well as resources and advice on topics ranging from homesickness in the UK (or how not to rage book a flight to America like I did), driving in the UK, being a student in the UK, and more practical advice about bank accounts, buying houses, and more.

It’s truly a one stop shop for all of the weirdness and wonderfulness (is that a word?) that comes along with life in the UK, and also there is plenty of opportunity to laugh at me as I share all of my expat fails so there’s that.

Also, I’ve got some resources that will help you navigate your visit in the UK or your life here as an expat.

If you’re just visiting for a short period of time, particularly to London, I’ve got tons of info on the best London tours to help you get acquainted with the city – it’s huge, so taking a tour is often the easiest way to figure out where you are and speak to an expert!

I’ve also got loads of tips about how to get yourself around London, including information on Oyster Cards, the tube, buses, and whether you should be brave enough to cycle in London.

If you’re an expat in the UK or planning on being one, the bottom two articles are for you.

They talk all about my journey as an American moving abroad, as well as how you can do it too.

I also chat about making friends as an expat, because it comes with its own set of challenges and triumphs!

Right, now that you’re all ready for your trip to the UK, let’s move on to the Bank of America

History of Bank of America in the UK

Bank of America has its beginnings as far back as 1784, when it was developed as Massachusetts Bank.

Over the years, it had many iterations until finally being established as the Bank of America in September 1998.

It’s currently one of the top ten largest companies in the entire world, and it has over 1,500 branches across the US and even more ATMs.

Like many banks, it has its pros and cons and has been rated as “World’s Best Bank” but also been through its fair share of controversy.

I’m not here to tell you that Bank of America is or is not a good bank, all I’m saying is that it is a popular bank in the US and many people have accounts with them.

About 90% of the business it does is in the domestic market, and in recent years the push has been towards growing their online banking services and businesses.

While they do do financial business worldwide, there are no Bank of America branches in the UK.

Equivalent to Bank of America in the UK

The UK is not without banks – there are plenty of popular ones, including Nationwide, HSBC, Barclays, Halifax and more.

If you are moving to the UK as an expat, you should try to keep your US bank account open, but you should also work on opening up a UK bank account with one of those banks.

If you do need to get in touch with the Bank of America while in the UK, make sure to write down their international number so you can still get through to their customer service lines.

And of course, don’t forget to let them know that you’re going abroad so your card is not stopped for fraud!

You will still be charged the foreign currency fee that you would anywhere when you take out pounds using an American currency debit card, but you won’t have extra fees on top of that. Score!

Another option for American visitors to the UK is using an online-only bank like Monzo to open an account that allows you to use your card worldwide with no additional fees.

They see themselves as the “future of banking” and are becoming increasingly popular in the UK.

Read more in my full guide comparing UK and US stores and restaurants.

A great way to really immerse yourself in UK culture is see the sights with the help of a guided tour. I’ve picked out a few highly recommended ones below!

Tower of London Tour with Crown Jewels: One of the best things about having a Royal family is imagining you’ll be a part of it one day… and what better way than to imagine yourself in their jewels! Or at least stare dumbfoundedly.

Either way, this tour is a sure fire way to get dazzled by London.

Westminster to Greenwich River Thames Cruise: London is built around the River Thames, and one could even say it’s the most important part of the whole city!

As such there’s no better, or relaxing for that matter, way to see the sights than from the view of the river itself! This tour takes you around the city and shows why all Londoners are really still rugged sea voyagers at heart, if maybe just a little more posh now.

Oxford, Stratford, and Cotswolds: Londoners would have you fooled, but there’s more to this beautiful nation than just what remains within the confines of London… shocker I know!

And if picturesque beauty is what you’re looking for I really recommend checking out the quaint and historical towns that scatter the outskirts. If nothing else, this tour will give you a break from commuting by the tube, and we all need that eventually. 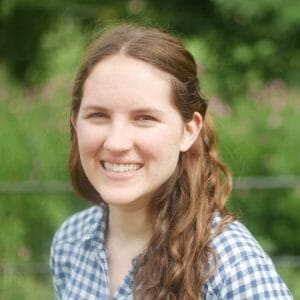